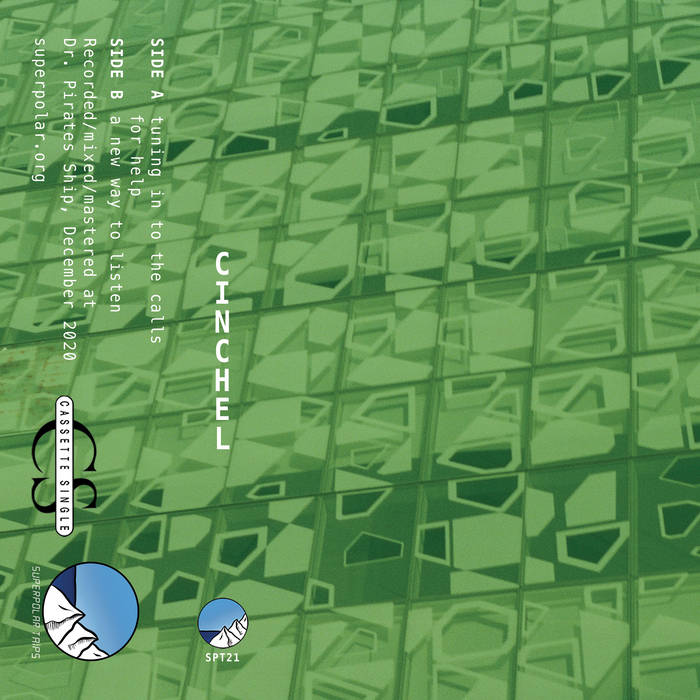 As the Cassingle series took shape, it was a matter of course for me that Cinchel had to be part of it. Here's why:

Before starting SPT, a.o.t. I co-ran a netlabel and wrote a monthly column for Cologne, Germany based Stadtrevue magazine and their blog. In this context I stumbled upon Cinchel from Chicago sometime in 2017. Here's an excerpt of what I wrote about him (the following is a rather straight and thus quite lousy translation from the original German text:

Nothing really new, you might think. Artists like Fennesz, Oren Ambarchi or Jim O'Rourke already did it years ago. True, but Cinchel has sought a different niche. Even if his numerous releases sometimes are reminiscent of the legendary Viennese Mego label, Cinchel is much more pop, less experimental. Sometimes even a little prog rock shimmers through." www.stadtrevue.de/archiv/artikelarchiv/12811-netzmusik/

In recent years Cinchel, through collaborations with Akosuen or as part of experimental group 'Mirror of Nature', a 3-piece guitar/synth/percussion ensemble, has become even more diverse.

I conclude with a quote, freely stolen form his Bandcamp:

"I attempt to make a lot of guitars no longer sound like guitars.I like to call this minimal dense music for that reason."

30 Artists. 30 cassette singles with an intentional, conceptual limitation of around 2m30s per track. Exclusive B-sides. Individual artworks. Merely 10 hand-dubbed copies per tape will go on sale. Eventually, all tracks will be released on a compilation, planned for late 2021. That's the SPT Cassingle series in a nutshell.