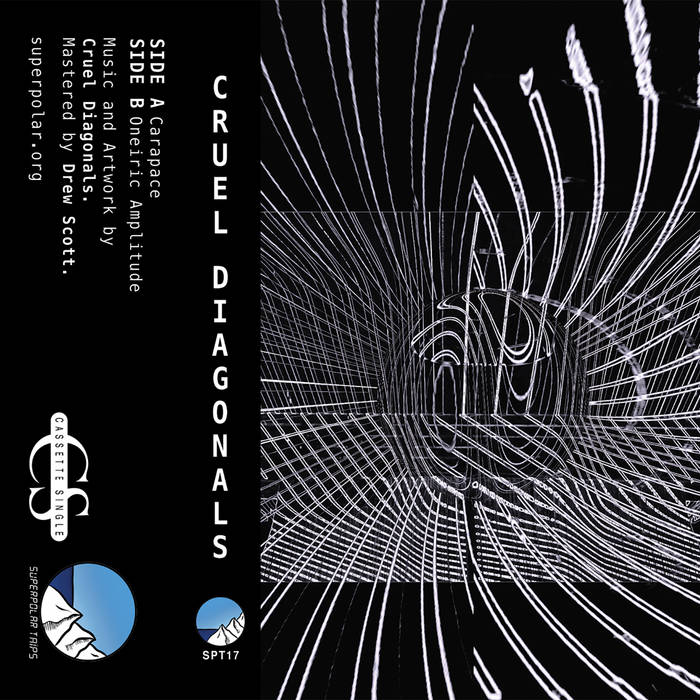 "'Carapace' and 'Oneiric Amplitude' (Side B, bonus) are tracks composed entirely from my voice. Here, I'm exploring themes of the subconscious, namely the dream state and its ability to communicate vital shifts within our healing before our conscious mind becomes aware of them."

Cruel Diagonals is an outlet for destructive sample processing, vocal exploration, and a palette for inter-media contemplations and applications. Influenced by early experimental filmmakers such as Maya Deren and Kenneth Anger, Cruel Diagonals has been described in cinematic terms, evoking moods and montages of an eerie, surrealist timbre. Warped field recordings and layered vocals incite a beckoning to a phantasmagorical, metallic-tinged state of existence.

30 Artists. 30 cassette singles with an intentional, conceptual limitation of around 2m30s per track. Exclusive B-sides. Individual artworks. Merely 10 hand-dubbed copies per tape will go on sale. Eventually, all tracks will be released on a compilation, planned for late 2021. That's the SPT Cassingle series in a nutshell.