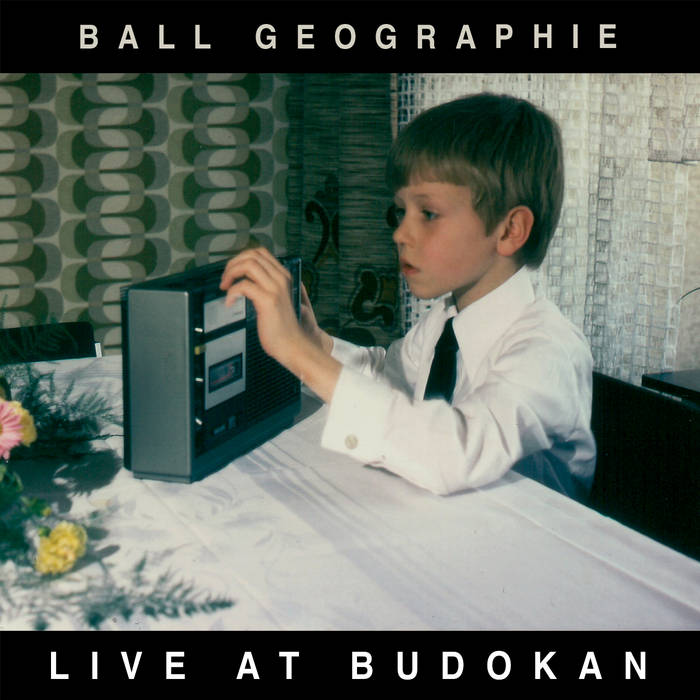 utopia cloak This release is amazing. All of my favourite sounds (and sounds that I didn't know would be my favourite sounds) arranged in the most perfect way possible. I love love LOVE this. Super fun and experimental. I can't recommend this release enough. The tape is super nice sounding and well packaged with some lovely goodies included. Great artistc+ great label. Thankyou!!.xxxx Favorite track: Aemanca Clisz.

Necrocius Some very interesting ideas here. This is a truly urban trip with echoes from the more vibrant compositions by DJ Krush at certain moments and minimal synth-pop at others. I enjoy this on my bike while cycling durch die Genge! Favorite track: Durch die Gegend.

"(...) At once swaggeringly confident and nerdily proficient, Ball Geographie makes the perfect theme music for you, no matter what kind of situation you’re in. Gotta look tough in front of your minions? Ball Geographie has you covered. Got an insane deadline on art project? Ball Geographie’s on it. Gotta hit the mall, look fly, and rock out? Yessiree, let Ball Geographie do his thing."(...)

"Ball Geographie is certainly funny, weird, different; pick a word. Sometimes they (well 'he' is more likely) sound like a genuine '80s disco band, but then the music leaps into more 8-bit breakbeats, to be followed by a full-on tearjerker 'Snyrk', with lots of sampled guitars and high-pitched voice (one of the few with 'vocals'). Then next on full-on retro '80s minimal synth sound. It is a bit all over the place, these thirty-five minutes, but the perfect antidote for an afternoon of all serious music."

Many references and elements come to mind when trying to describe Ball Geographie’s music: From Chamber Pop to Disco. From Lo-fi to High-End. Found sound referencing the likes of Studio Braun. Fully conscious use of presets, but only when they make full sense. Beats. No improvisation, everything is always structured to the maximum. 80ies vibes, folky guitars, timelessness … we could go on, but at this point leave it to you, dear listener. It’s electronic, and acoustic.

Ball Geographie lives, works and produces his music in Cologne, Germany. He loves his Boss DR-550 and its HiQ sound. Kalimbas, musical toys and dictaphones too.