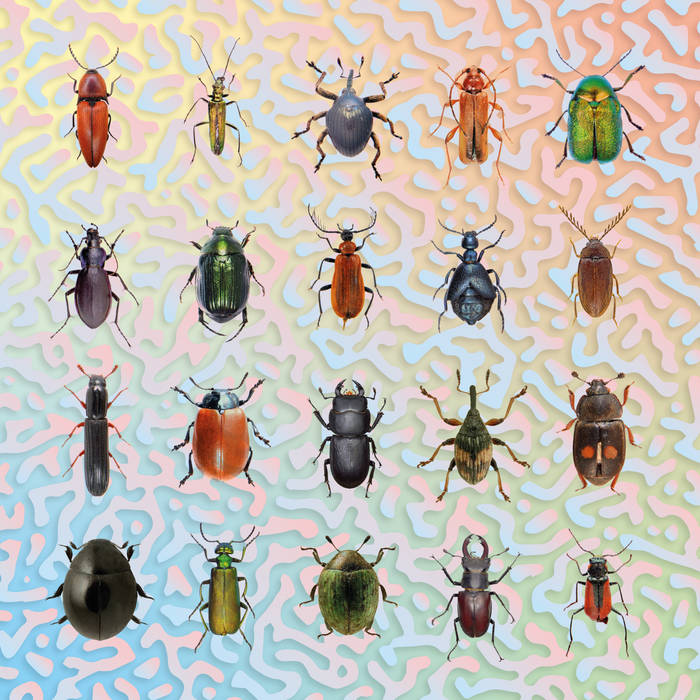 Following the sold-out 'Blessing of the Hand​-​Sanitizer' cassette single, superpolar Taïps is very happy to present a full-length release by prolific and versatile artist Simon Proffitt, here under his Carnedd Aur moniker.

"After a few years of exploring drones / tones / field recordings (as Cahn Ingold Prelog), fictional ritual trance (as The Master Musicians of Dyffryn Moor) and the outer limits of acoustic instrumentation (as Simon Proffitt), the Carnedd Aur project came about as an answer to the question of whether I was capable of writing electronic pop music.

It turns out that I am not - at least, not yet - but what arose instead was actually far more satisfying. Armed with just a MicroKORG, bought years earlier for a one-off gig in a swimming pool and then not used since, I set about trying to make shorter pieces with a focus on rhythm and melody of the kind that my parents (harsh critics of my other work) might not actually like, but might at least understand as music.

I’ve long been fascinated by evocative common names for species (mushrooms, moths etc), and especially so in the case of beetles – these names add a layer of mystery and magic to creatures that are well known from a distance but fascinating and alien when viewed close up. It seems to me that there’s a definite link between shuffling drum machine rhythms and busily meandering insects, between shimmering synth pads and shiny, multi-coloured wing-cases."

Read more about Beetles at superpolar.org

Written, performed and recorded by Simon Proffitt at the Museum of Dust, January-March 2020 with a MicroKORG and Toshiba Satellite L300.